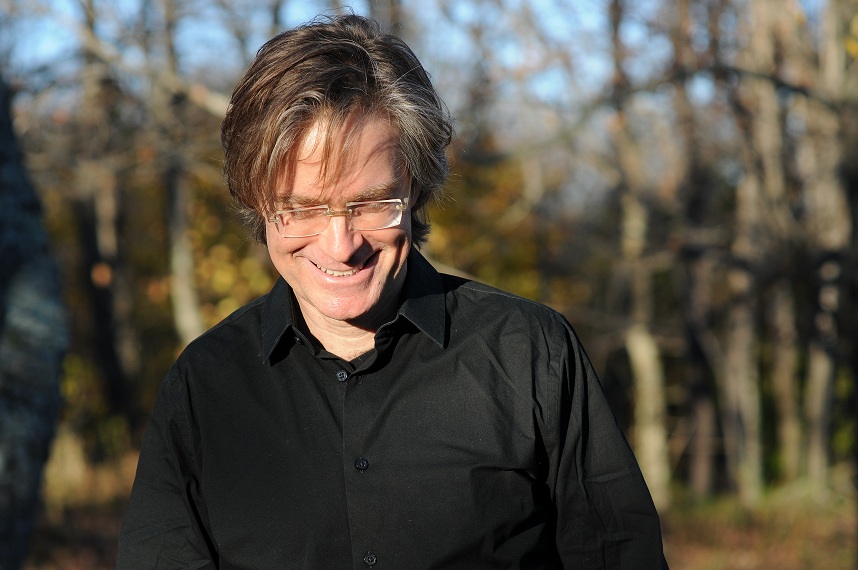 Marc Gafni’s path of study and teaching has unfolded in several stages. Each stage transcended and included the previous stage in a direction of every expanding circles of inclusion, moving from ethnocentric to world-centric to Kosmocentric.

In his twenties, Marc Gafni was an Orthodox Rabbi, teaching the original Aramaic texts of Talmud, Kabbalah as well as Biblical Thought and mysticism from within the Orthodox fundamentalist world in Israel and the United States. In the U.S., Marc Gafni lectured at Yeshiva University and served Orthodox congregations both as scholar in residence and Rabbi. He led a large Jewish outreach movement in New York and Long Island public schools dedicated to reconnecting unaffiliated Jews with Orthodox Judiasm.

Yet already in this early stage Gafni asserted a Judaism which held the koan of being simultaneously ethnocentric and world-centric. He emphasized both the unique lineage of Jewish practice as well as its most universal orientation. As often happens Marc’s teaching and practice was in certain key dimensions already post Orthodox by his early twenties even as even as he remained enmeshed, in love with and radically committed to “halachic orthodoxy”. It was doing this period of time that he developed the core Soul Print teaching which was an earlier version of what would ultimately emerge as the Unique Self teaching. He also began his study of Eros and sexuality in this period.

Following the path of many committed Orthodox Jews, Marc Gafni moved to Israel where he served as a Rabbi of a West Bank Settlement. During his early to mid-30s, Marc taught classical Hebrew wisdom through the prism of the Talmud, Kabbalah, and Biblical psychology in numerous public lectures and at the Brookdale program of Bar Illan University. At this stage his thinking began to shift to a more liberal and embracing stance both within Judaism and in an ever deepening world-centric and Kosmocentric orientation. At the same time, he remained in love and committed to the key dimensions of Orthodox belief and practice.

Gafni’s major focus in teaching turned to what he called “stages of faith,” following James Fowler’s description of the psychology of individual spiritual development. His teaching revolved particularly around what he called the dance of certainty and uncertainty within the interior landscape of the religious initiate. His two major Hebrew books on this topic are slated to be published in English by Integral Publishers. The first, A Certain Spirit, redefines the idea of faith, moving from the old notion of the “dogma is true” to the more radical and profound idea, “I am true.” In his second book during this period, An Uncertain Spirit: Reclaiming Uncertainty as a Spiritual Value, Marc Gafni challenged the age-old idea that spirit could provide certainty or explain suffering, and taught the spiritual path of dancing between certainty and uncertainty without allowing either to cancel the other, as a way of realizing the highest human potential.

During this period as well he formulated the core tenets of what he called the School of Personal Myth in a series of lectures at the Gesher foundations entitled, “Laugher, Silence and Tears.” In this series Gafni began to depart from the age old Jewish form of teaching which is to comment on the sacred text, Jewish law, or the holiday cycle of the Jewish calendar. Instead, Gafni’s primary topics became the lived spiritual, emotional, and psychological experience of the human being as in the experiences of laughter, silence, and tears.

As Gafni’s thirties began to edge towards his 40th birthday, his orientation and teaching continued to shift away from the classical topics of Jewish law and life cycle. The topics of laugher, tears, creativity, silence, sexuality and Eros grew in prominence. At this stage, Marc Gafni began to read the Bible through the prism of what he had earlier called referred to as Personal Myth. This work became the basis for the highly popular television shows that Marc Gafni created, wrote, and hosted for several years on National Israeli Television, the leading television network in Israel.

During this period as well, Marc Gafni shifted much of his focus to the teaching of Hasidism. At the same time the esoteric Kabbalistic teaching described by Gafni as Soul Prints became central to his teaching resulting in the 2001 best seller and PBS special called Soul Prints. Soul Prints argued that the realization of personal uniqueness as a gift to God within the theistic context was an essential form of divine worship.

During this same period time, Marc Gafni wrote a three-volume, 1,000-page opus called Radical Kabbalah, within the teaching of Hasidic Master Mordechai Lainer of Izbica. (Integral Publishers, Fall 2012.) A small part of this work became his doctoral dissertation for Oxford University. In this work his teaching moved towards a non-dual realization and the theistic context of Soul Prints evolved into the trans-lineage teaching of Unique Self. It was during this period that the core teachings of Unique Self upon which Gafni’s most recent work, Your Unique Self, were crystallized into their present form.

During this same period Gafni co-authored a major Hebrew work (which will be released in English and is currently available at MarcGafni.com called The Kabbalistic Myth of Lillith: Patriarchy, Sexuality and Feminine Shadow, which brought together the themes of sexuality, Eros, Unique Self and the re-emergent Hebrew goddess.

At this time, Marc also shifted his focus as well to the mystical, psychological and spiritual “Shadow Teachings,” which he sees as being an esoteric strain within the Hebrew wisdom tradition. In this work, he seeks to evolve the understanding of shadow beyond Jung’s conception, and to connect shadow work with the non-dual teachings of Kabbalah as well as with the Unique Self teaching. Gafni’s work on shadow identifies three distinct primary forms of shadow, which include not only one’s hidden dark side, but also one’s distorted Unique Self, and one’s unrealized divinity. A book of teachings on what Marc today calls Unique Shadow is currently in progress.

Stage Five: The Democratization of Enlightenment

Marc Gafni’s sixth stage of teaching and inquiry focused on the nature of enlightenment. In a series of published dialogues with world thought leaders including Ken Wilber, Moshe Idel, His Holiness the Dalai Lama, Ram Dass, Brother David Stendahl-Rast, Andrew Cohen, Michael Beckwith, Bill Ury, Don Beck, Father Thomas Keating, Byron Katie, and Jean Houston. In this period, during a dialogue with both Ken Wilber and Moshe Idel, Gafni introduced the radical hermeneutic that all of Hebrew wisdom may be properly understood as an enlightenment tradition. Not only is it an enlightenment tradition, it may also be properly characterized as an evolutionary enlightenment tradition where the nature of the manifest divine is seen to be constantly emerging and evolving. Gafni showed that perhaps the most important Kabbalistic idea, which lies at the heart of Luria’s Kabbalah, is the teaching that the nature of enlightenment itself evolves and the evolution of All-That-Is somehow depends on us.

In this period of time Gafni’s relationship to the absolute legal obligation of the Halacho, formal Jewish Law, began to shift as he challenged the explicitly assumed identity between the law and the will of God. In this period as well Gafni wrote a major work on Integrally-informed religion tentatively titled The Dance of Tears. This work will be released by Integral Publishers in 2013.

By the time Gafni reached his mid-40s, the core themes of all his earlier teaching have been transcended and included into the evolutionary emergent of a World Spirituality based on Integral principles with Unique Self as its core first principle. During this period Gafni spent two to three years recovering from a tragedy in his life. After he re-emerged from a deep period of contemplation and silence he founded a World Spirituality movement working with Mariana Caplan and Ken Wilber, Sally Kempton and other leading teachers.

During the first part of this period, he initially worked with Diane Hamilton, Sally Kempton, Sofia Diaz and Kelly Sosan Bearer in an organization called The iEvolve Global Practice Community. iEvolve organically evolved into what is now called the Center for Integral Wisdom, an activist think tank dedicated to evolving and articulating a shared global framework of meaning and responsibility. The Center for Integral Wisdom is led by a professional leadership team of seven staff members and has an active board of nearly thirty members.

His current work expresses itself as a wisdom teacher, Integral philosopher, movement maker and public intellectual, dedicated to unfolding the teaching of World Spirituality around the globe. He is presently working on a series of groundbreaking books — the source code book being written together with Ken Wilber, World Spirituality based on Integral Principles. At the same time he is working with a group of students, teaching privately and at public events around the world dedicated to fostering a compelling framework of World Spirituality. The core frame of the new teaching is what Gafni refers to as Enlightenment of Fullness.

In 2012, Gafni saw the publication of Your Unique Self: The Radical Path to Personal Enlightenment, which provides a serious, in-depth exploration of Unique Self teachings for a mainstream audience. World Spirituality, as Gafni describes it, is committed to articulating a post-postmodern context of meaning to hundreds of millions of people around the globe. These are people who are at once engaged by spirit but who can either no longer locate themselves in the traditions or who no longer feel that one religion can be for them an exclusive home. They rather seek to live as what Gafni has called “dual citizens” of both their native tradition and broader World Spirituality.

The Unique Self teaching is now being adapted in ways which promise to shift the landscape of culture in innovative ways such as these: in a leading treatment center, work is emerging which brings Unique Self into a radical new model of addiction recovery; a teacher of religious studies at the leading high school educational institution in the U.S. is integrating Unique Self into the school’s educational process; academics are including Ganfi’s work in their formulation of disciplines such as psychology, business, education, Integral theory, and religious science; adherents of Buddhism, Christianity, Hinduism, Judaism, and other traditions are applying Unique Self principles into fresh formulations of indispensable pre-modern wisdom.

“I am an aspiring Heart Master,” says Marc Gafni. According to the Master of Piacezna, a great Hasidic teacher who fought and loved in the Warsaw Ghetto and died in the Treblinka concentration camp, this is said to be the true goal of a human being. To master the heart means to own one’s own heart. To master the heart means to live with radical openness balanced with radical self-awareness and radical self-control. To be a Heart Master is to have the ability to inspire and help others to live this way as well.