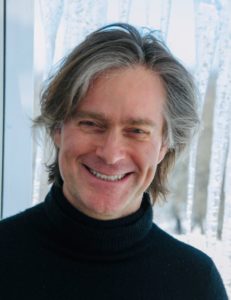 Gafni is a visionary thinker, social activist and passionate philosopher. He is known for his “source code teachings”, including Unique Self theory and the Five Selves, the Amorous Cosmos, A Politics of Evolutionary Love, A Return to Eros and Digital Intimacy.

He is author of twenty five books, of which the first ten have been published, including the award-winning Your Unique Self: The Radical Path to Personal Enlightenment.

He holds his doctorate in philosophy from Oxford University, as well as Orthodox rabbinic ordination.

He teaches on the cutting edge of philosophy in the West, helping to evolve a new ‘dharma’ or meta-theory of Integral meaning that is helping to re-shape key pivoting points in global consciousness and culture, with the aim of participating in the articulation of what Dr. Gafni together with Dr. Zak Stein and colleagues are calling CosmoErotic Humanism.

At the core of CosmoErotic Humanism is what Dr. Gafni and Dr. Stein are calling  ‘First Principles and First Values’, Anthro-Ontology and a “Universal Grammar of Value”.

This is the ground of a new shared universe story and a new narrative of identity for the new human and the new humanity. This is what they are calling the emergence from Homo sapiens to Homo Amor.

This shared story rooted in First Principles and First Values can then serve as the matrix for a global ethos for a global civilization.

Gafni is considered by many to be a kind of Einstein of Philosophy who is leading a team of thinkers articulating a new vision of meaning for the world.

Dr. Gafni is the Co-Founder together with Ken Wilber and Sally Kempton of the Center for Integral Wisdom where he serves as its co-President. Together with Dr. Zak Stein, they are co-leading a team of thinkers, articulating a new vision of meaning for the world.

Former Board Chairs of the Center include the pre-eminent futurist Barbara Marx Hubbard, John Mackey of Whole Foods, Kate Maloney, Lori Galperin and other esteemed thought and business leaders. The Center is a leading activist think tank dedicated to articulating a practical politics of love, and to catalyzing an emergent personal and global vision of ethics, Eros and meaning. Dr. Marc is the evolutionary scholar in Residence – and since Barbara’s passing the Director – at the Foundation for Conscious Evolution and a co-founder of the Integral Evolutionary Tantra Institute and the Outrageous Love Project.

Together with the late Barbara Marx Hubbard he co-founded One Mountain, Many Paths.

We come together for our weekly gathering every Sunday as A Global Communion of Pioneering Souls committed to articulate First Principles and First Values: a New Story for a New Humanity.

Or as Marc and Barbara said together: A Planetary Awakening in Love through Unique Self Symphonies.

A rabbinic lineage holder in Bible, Talmud, and Kabbalah, Gafni self-describes as a “citizen” of both Integral World Spirituality and classical Hebrew practice. He has been an editor of the Journal of Integral Theory and Practice on issues of Integral spirituality and a faculty member of J.F.K. University.

In 2014, Dr. Gafni co-initiated the Success 3.0 Summit and Rise Up movie, with John Mackey and Kate Maloney whose method and movement is to bring together key thought leaders and change-agents to collaboratively evolve a bold new Integral vision of Success, rooted in the entrepreneurial values of Wake Up, Grow Up, Show Up, and Evolutionary Love.

Over the past 30 years, Dr. Gafni has developed evolutionary and activist programs rooted in his commitment to what he has termed “participating in the evolution of love.” Together with author and social innovator Barbara Marx Hubbard, he is working on a series of new works revolving around Evolutionary Spirituality.

Gafni is a leading public intellectual impacting the source code of global culture. He is also a forger of new trails in the evolution of intimacy and love. In his own self-description: “Like all of us I am a flawed human being, an imperfect vessel for the light, radically committed to constant healing, transformation, and the evolution of love.” He has led international spiritual movements and learning communities, as well as created and hosted for several seasons a popular national Israeli television program on culture, meaning, and spirit on Israel’s leading network. Over the past 30 years, Dr. Gafni has developed educational programs, papers and content rooted in traditional wisdom and yet fully adapted to the needs of the contemporary world.

Gafni is well known for his love of Integral Theory and its profound importance. As an expression of that importance, he has engaged with Ken Wilber over the last twelve years in dozens of discussions designed to clarify and evolve key dimensions of Integral Theory in relation to Unique Self, World Spirituality, Prayer and the Second Person of God, Evil, Eros and the Future of Love and Relationship.

Wilber, in his introduction to the Your Unique Self book, called Unique Self “a new chapter in Integral Theory.”

Similarly, JITP devoted an entire issue to Unique Self with the leading article by Gafni entitled “The Evolutionary Emergent of Unique Self: A New Chapter in Integral Theory“.

Gafni has contributed to evolving Integral theory in terms of emergent underst andings of what he has called “the democratization of enlightenment,” a second tier theory of moral obligation, a second tier realization of prayer, of what he has called World Spirituality, Evolutionary Eros, Integral Sexuality, Conscious Entrepreneurship, Theodicy, and the beginning of an Integral theory of Unique Self.

[For more about Marc visit the Center for Integral Wisdom website…]

What others say about Marc…

This is what Barbara Marx Hubbard, Founder of The Foundation for Conscious Evolution, wrote about Marc Gafni and The Center for Integral Wisdom about a year after they first met and started to “join genius”:

Marc Gafni is a rising star attracting us toward a future of outrageous love, creativity, wisdom and pleasure as our Unique Selves. He is paving the way for a new psychology and spirituality for evolving humanity to fulfill our enormous potential. He has incorporated the 13.8 billion year Evolutionary Impulse of Creation directly in the heart of humanity as our motivation to love, to grow to become our Unique Selves, the future human. It is a joy to work with Marc. He combines kindness, humor, great erudition and a passionate desire to draw us together in a movement for positive self and social actualization. He is inspiring us to change the “source code of success” as winning over one another, to the new source code of co-creating and co-evolving with one another for the good, the true and the beautiful. He radiates the joy of “joining genius to co-create.”

I very much enjoy working with Marc and Daniel Schmachtenberger on a course to be offered through The Center for Integral Wisdom, Becoming a Future Human, on exploring with him sacred texts, (as I am publishing a new book: Evolutionary Testament of Co-Creation: The Promise Will Be Kept – an evolutionary perspective on the Gospels, Acts and Epistles), and co-conceiving with him and others some remarkable initiatives that have the possibility of truly serving the world. I look forward to working with Marc and others at The Center for Integral Wisdom. For me, as a lifelong advocate of the world view of Conscious Evolution it is like home coming within an evolutionary family.

Barbara Marx Hubbard, Founder of The Foundation for Conscious Evolution

What’s the “bigger game” Marc is up to in the world?

Marc’s prayerful commitment is to participate in and help to catalyze the articulation of a shared global framework of meaning and responsibility–which is the urgent need and great planetary adventure of our time. Such a framework honors the singularity of every great wisdom tradition, even as it identifies the underlying depth structures and unique contributions of each. When taken together, these begin to articulate an authentic “users guide to the universe.” The Center for Integral Wisdom is the great renaissance project of our time, inviting outrageous love in response to outrageous pain, audaciously and lovingly dem anding that each of us step up to being All In For All Life.

The Center for Integral Wisdom is engaged in a series of “source code evolving” l andmark projects in the areas of Conscious Capitalism & Entrepreneurship, Unique Self, Eros, World Spirituality, Gender, Relationship, Medicine, Education and Psychology. We believe that these projects will help to unfold–for the first time in the post-modern era–a shared vision of meaning: an authentic world philosophy based on Integral Unique Self principles.

Our work in the world is focused in several areas: leading-edge scholarship, books & white papers, large scale virtual courses and public events, and other projects which are collectively re-shaping key pivoting points in consciousness and culture.

There is nothing more whole than a broken heart.