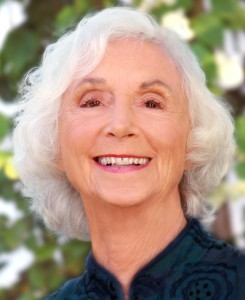 Humanity is facing a radically new situation. We are threatening life on this Earth by our own actions… and simultaneously, we are gaining capacities to evolve life, personally, socially, spirituallyand scientifically to a new threshold of existence itself.

At this tipping point between devolution and conscious evolution Marc Gafni serves as an evolutionary pioneer, writer, scholar, author, teacher, friend. He has tapped into the impulse of evolution. Into the direction of the life force itself.

This Impulse, as he sees it, is a divine impulse of Eros. As Marc puts it: “The Universe is a Love Story.” It has expressed itself for 13.8 billion years as allurement or Eros, forming ever more complex whole systems by attraction: quark with quark, electron with electron, cell with cell, human with human… ”all the way up and all the way down,” to the threshold of connecting us in greater cooperation and synergy…or breaking down into further destruction.

Marc comes forth and continues the lineage of evolutionary geniuses such as Teilhard de Chardin, Sri Aurobindo, Buckminster Fuller and Jonas Salk, the first teachers that inspired me in the 1960’s and guided me to respond to my fundamental life questions.

In 1945 when the US dropped the atomic bombs on Japan, I was fifteen years old. Shocked by the horror of this destruction I had asked a series of questions which have dominated my life: What is the meaning of all this new power that is good? Where is modern civilization going that we want to go? What are images of the future equal to our potential? I realized we were gaining powers we used to attribute to our gods. If we continued to use these powers in self-centered consciousness we would destroy the world …but if we changed in consciousness we could evolve the world. I found that no one knew the meaning of our new scientific, technological, industrial power that was good. The powers were so new.

Gradually I found responses. First for me came Teilhard de Chardin, in his seminal work “The Phenomenon of Man.” He discovered the evolutionary Impulse of Creation, or God, as the direction of evolution to higher consciousness, freedom and order. That Impulse evolved through more complexity and consciousness, through greater love…aiming he predicted (written before the Internet) toward the “noosphere,” the thinking layer of Earth, becoming the planetary media and nervous system, about to get  “its collective eyes”, awakening a planetary experience of love.

Then I found Sri Aurobindo, the great Eastern evolutionary sage in his masterwork “The Life Divine.” He traced the evolutionary impulse through all of existence, identifying the evolving human as the Gnostic human, capable of incarnating the supramental genius of evolution itself as a new being, a new humanity.

Then Buckminster Fuller, the great cosmic architect and engineer taught us that we now have the resources technology and know-how to make the world work for all without taking it away for anyone.

Then I discovered the work of Jonas Salk: the advocate of meta-biology seeking to discover the design of nature to guide us forward as conscious evolutionaries.

These great teachers as well as others in the 1960’s opened the way toward the new worldview of conscious evolution, leading toward a new human we might call “Homo universalis,” one who embodies the spiritual, social and scientific and technological genius of humanity on this Earth and eventually in the cosmos beyond our planet.

This intense period of evolution from the 1960’s through the present has brought us to the threshold of devolution or evolution…without evolutionary leadership and vision coming forth from any existing system.

Into this precarious field of uncertainty Marc Gafni is serving as one of our very best guides, teachers and participants in conscious evolution. He has a unique and vital key to the next stage of evolution.

Marc is a continuation of the lineage of Sri Aurobindo, Teilhard de Chardin and Buckminster Fuller. He holds that lineage in the impulse of his being and his thinking. He began as the Hebrew wisdom expression of this impulse but has now moved beyond to the place of Homo universalis, a universal human.

It is the incarnation of Eros and evolutionary impulse in what Marc calls Unique Self, leading toward Evolutionary Unique Self in his teaching and master work: Your Unique Self: The Radical Path to Personal Enlightenment, foreword by Ken Wilber, Integral Publishers, 2012.

The Unique Self is an expression of the irreducibly beautiful impulse of creation incarnated uniquely in each one of us as we learn to express our full potential and purpose toward more life, more love, more creativity.

He sees this Unique Self expressing outrageous love. As he puts it, “The only response to outrageous pain, is outrageous love,” That is evolutionary love. Because evolution is awesomely outrageous–that is, from no thing at all has come everything that was, is, and is now becoming!

I first met Marc during an interview several years ago. I did not know him or his work. However, as we began our conversation, point after point came forth until I realized he embodies evolution. It’s not just a good idea. It is who he is in person. It is who he calls us all to become. We are in potential, the evolutionary impulse becoming conscious as what Marc calls, Unique Selves in each of us. Even more we are what Marc calls Evolutionary Unique Selves, potentially fully accessing, expressing, incarnating the impulse of creation itself as our own vocations of destiny.

This meeting served as a deep affirmation of my own life quest for the meaning of our power that is good, and has been a blessing, since at 85, I seem to becoming newer every day! My meeting with him energized me. It enlivened me, reversing, in my experience, certain physical symptoms of decline. It renewed my experience of life with full vitality and renewed purpose. I know that Marc has had similar effect on scores and scores of people over the years. That is a gift and a cross to bear.

Marc has made the powerful decision, which I applaud, to teach as a friend, a holder of wisdom and not as a classic spiritual teacher. Marc utterly rejects the mantle of authority and neither wants or claims any sort of authority over anyone. Marc is about empowering people. He tried for a time to teach within some version of spiritual teacher model because he thought it might be a beautiful form to hold people. But in the end his sense of people’s need to be empowered brought him to reject any notion of the old model and to seek a new empowered model of teacher and student which is rooted in a combination of friendship, respect, transmission and the ability to move between different relationships with full autonomy and power. Anyone who has the opportunity to study him will receive great gifts. He is one of the best teachers alive today.

As an evolutionary reader of Talmudic texts Marc describes in his masterful scholarly work, Radical Kabbalah, the world view in Hasidism which he termed nondual humanism or alternatively acosmic humanism. “There is no existence independent of divinity…It is an incarnation theology that affirms the identity of the human and the divine, the dignity of desire, the affirmation of the supra-rational and the explicit democratization of enlightenment.”

This describes for us brilliantly the basis of evolutionary spirituality. It is our intention to work together with others under the context of Evolutionary Spirituality to offer our contribution to vision and direction into social, political, spiritual life — through books, teachings, collaboration, and by helping to connect co-creators world-wide to help make the shift from devolution toward evolution in time.

But all of this is really the tip of the iceberg. What is no less important is who Marc Gafni the person is. Here I think is his greatest gift and revelation. I have spoken and worked with literally dozens of people who work with him every day for the last years. These are people without agendas or baggage or ulterior motives. What they all share is what I have experienced myself. There is a sense of impeccability in Marc’s ethics and caring. In every encounter with him he is right there with you