Sally Kempton, author of Meditation for the Love of It, about Marc Gafni in 2015 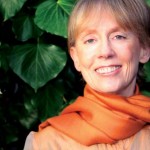 Marc Gafni is by all accounts larger than life in his gifts of brilliance, presence and being. He is also funny, sincere, and poignant. He is a profoundly good person in love with life, committed to transforming reality and giving gifts to everyone he meets. His goal, to participate himself and to invite all who he encounters to participate with him, in the evolution of love. His elegant mind and wildly open heart seeks to, as he puts it, “evolve the source code” of what it means to be a human being. His great call to us all is for the democratization of greatness.

To watch Marc Gafni teaching is like watching a spiritual juggler working with fireballs. He’s an electrifying speaker, larger than life teacher, made for the big stage, yet able, in a small room, to draw a group into a shared experience of community and insight. One-on-one, his students attest, he can be a catalyst for life-changing transformation. By turns challenging and tender, Marc ranges comfortably through a forest of references–quoting Aramaic texts and Jung, drawing on films and popular songs, throwing out insights like sparklers. When you come away from spending an hour with him, you’ll often find yourself looking at an old subject in an entirely new way.

In the world of Jewish scholarship, Marc was long regarded as one of the most brilliant text scholars and teachers of his generation. His re-readings of Hebrew wisdom texts influenced thousands of students of Judaism; many of his former students continue to reflect his teachings and style. As a rabbi, he focused on connecting young, secular Israelis to the mysticism of their own tradition. He succeeded in creating a popular mystical movement in Israel, where Sabbath gatherings included cutting edge insight along with powerful song and dance. His own inner identity and teaching gradually evolved from a traditional Orthodox Judaism to a far wider and more integral form of spirituality. His recent work centers upon a think tank called the Center for Integral Wisdom, which aims at creating a framework for integrating the wisdom of the religious traditions with cutting edge psychological, scientific and political insights. He’s written ten books, and maintains an intense schedule of private students, family commitments, retreat teaching and movement building.

On a deeper level, Marc is a man committed to an evolutionary journey grounded in an ever-evolving radical love for the world. The journey has taken him, by stages, from Modern Orthodox Judaism into a leadership role with Ken Wilber in articulating an Integral Spirituality. Marc then founded with Ken Wilber (Leading Integral Philosopher & Founder of Integral Institute and Integral Life), John Mackey (CEO, Whole Foods), Mariana Caplan (Author & Thought Leader) and myself, Sally Kempton (Author and Teacher), a leading edge activist think tank, the Center for Integral Wisdom. The Center board and leadership includes Michael Bernard Beckwith (Founder, Agape Spiritual Center), John Gray (Author, Men are from Mars, Women are from Venus), Dave Logan (Co-author, Tribal Leadership), Kate Maloney (Author & Entrepreneur), Eben Pagan (Online Marketing Leader), Sally Ranney (Feminist Leader), Warren Farrell (Author, The Myth of Male Power), and many more. Some of the Center’s leading Integral Wisdom projects include a series of leading edge books with trade house publishers, it’s own publishing label, a World Spirituality movement, the Unique Self books and projects, online courses, new visions of the Evolutionary Universe story, and the Outrageous Love Projects, and regular gatherings of students at the bi-annual mystery and wisdom schools, Esalen and other public events.

I write as a friend. My perspective on Marc Gafni, and everything I have to say in this essay, comes from having known and worked with him closely for more than eight years. I’ve seen Marc’s natural gifts as a teacher deepened by the profound inner work he has done during the years I’ve known him. More than that, I’ve seen his commitment to keeping his heart open and his spirit buoyant. And, over and over again, I’ve enjoyed his capacity to tenderize hearts, and put people in touch with their own love.

Marc’s life calls all who meet him, to love outrageously.

This, in fact, is the path he walks himself. Marc’s life is very much an outrageous love letter.