Enlightenment of Fullness: “To Struggle is to Embrace” by Dr. Marc Gafni

by Dr. Marc Gafni, from his book Uncertainty, which will be re-released as part of the two-volume series entitled Integral Religion.

There Is No Such Thing as Wrestling at a Distance: To Struggle Is to Embrace 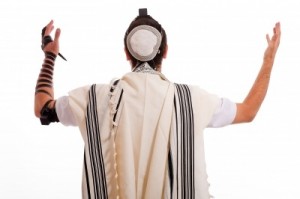 Rashi explains “Vayeavek” the Hebrew word for struggle with one intriguing and  elliptical  phrase — “to struggle is to embrace.”[i] The beauty of the Israel Moment is that it offers us such a rich physical reminder that struggle cannot come from a place of distance. All wrestling, all struggle, takes place in intimacy. As we picture Jacob grappling with the stranger in the dark and the dust, we understand that while Judah’s experience of God may be calmer, Jacob, the wrestler is in no less intimate contact with God through struggle. The essence of struggle is of course uncertainty.

In order to fully grasp the Israel moment, Israel meaning “to struggle with God,” we need to combine Rashi’s understanding of struggling as embracing with a mystical tradition of encountering God. The tradition is rooted in a verse from the Book of Job, a verse which served as an essential guide to spiritual understanding for the Kabbalists.  The verse is, “Through my flesh I vision God.”[1] For the earlier Kabbalists, this meant that the human form — supernal man — was the model necessary to unravel the mysteries of the divine lights. Later Kabbalists, particularly in the Chasidic movement, expanded their understanding of the verse to mean that the contours of human psychology are in some sense the contours of divinity.  Put simply, this means that human experience partakes in the divine. To the extent that divinity is being, this means that we access the ontology of being through the subjectivity of psyche.  Our deepest experiences, longings, and intuitions, as well as our physical experiences, are the ultimate source of information about divinity.

Employing this interpretive key we can now re-read Rashi’s comment about the Jacob story — “To struggle is to embrace.” The spiritual principle of “Through my flesh I vision God” suggests three distinct yet complementary ways of understanding Rashi:

Jacob does not give up on his struggle, nor does he separate from it: he merges with it. The outcome of his battle with the stranger is that Jacob is renamed Israel, the combination of two words – Yashar-El — meaning Straightness of God as well as Struggle with God. The word straight here is in the sense of a “straight person” — a person of integrity. Jacob becomes a person with the integrity of divinity. Jacob’s new identity is now intimately linked with the name of God. Forged in the fire of the nightlong battle, Jacob is now welded to his struggling embrace. Jacob’s wrestling is not about alienation and distance, nor is it an escape from a life of the spirit: Jacob’s night wrestling is about his journey towards God.

In the struggle Jacob has a vision of God- “for I have seen God face to face”. Philo explains the word Israel in a third sense — Yeshur El — meaning “to see God.”  All three understandings merge into one. The integrity born of genuine struggle is the gateway to epiphany — to the vision of God, which is the highest goal of biblical consciousness.

[1]    The  Book of Job, chapter nineteen, verse twenty six. This is of course not the literal meaning of the text. It is rather a kabbalistic re-reading in accordance with the classical style of Kabbalistic exegesis. See Hovot Ha-talmidim, “Duties of the Students of Kalomynous Kalman Scapira” for a similar usage of the verse.

[i] see also Rabbeinu Bachya adloc, a Kabbalist and scholar of the Gerona school, who similarly links the word struggle to the word embrace.

[ii] Rashi, Genesis 32, relates these two words, Lhovko and Leovko — to struggle and to embrace.