Wisdom for your Week: Marc Gafni and Rob McNamara in Dialogue on Unique Self

In the dialogue linked here, thought-leaders Marc Gafni and Rob McNamara discuss the overlapping topic areas in their recent books, Your Unique Self: The Radical Path to Personal Enlightenment and Strength to Awaken/The Elegant Self. 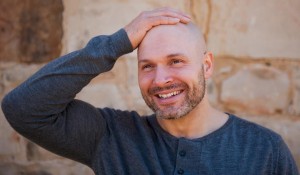 Rob McNamara is author of The Elegant Self and Strength to Awaken. He specializes in helping people resolve their persistent painful limitations to become more powerful, proficient and aligned with what matters most in life. He is a skilled Psychotherapist, leading Performance Coach, Psychology Professor at Naropa University, and an Integral Zen Practitioner. Rob has been lecturing on Integral Psychology and Human Development for nearly a decade for both graduate and undergraduate students in a number of academic and professional programs including the MA Transpersonal and Contemplative Psychology programs and BA Contemplative Psychology program at Naropa University. He runs his private practice in Boulder, Colorado serving clients world wide. Rob’s expertise includes the intersection of integral practice, adult development, human performance and integral strength training. He works with a broad range of executives and professionals, undergraduate and graduate students and athletes ranging from high school to Olympic and professional world champions. 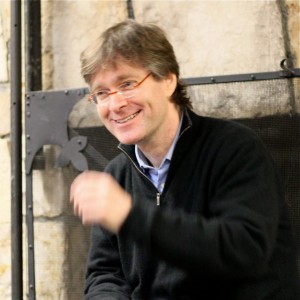 Dr. Marc Gafni is a philosopher, public intellectual and wisdom teacher. He holds his doctorate in philosophy from Oxford University, rabbinic certification from the chief rabbinate in Israel, as well private rabbinic ordination. He is also ordained and holds a doctorate in religious science. He is the initiating thought leader, together with Ken Wilber, of World Spirituality based on Integral principles, as well as the leading theorist and teacher of Unique Self Enlightenment. He is the director of Center for World Spirituality, a think tank he co-founded in 2010 with Mariana Caplan which is creating a body of work to evolve the source code of human existence. A rabbinic lineage holder in Bible, Talmud, and Kabbalah, Gafni self-describes as a “dual citizen” of both Integral World Spirituality and classical Hebrew practice. He is a guest editor of the Journal of Integral Theory and Practice on issues of Integral spirituality, has been a faculty member of J.F.K. University, and is the author of eight books including the national bestseller Soul Prints, and The Mystery of Love, an exploration of the relationship between the erotic and the sacred. His most recent books are Your Unique Self: The Radical Path to Personal Enlightenment which received a 2012 USA Best Book Award, and the two-volume Radical Kabbalah.

You can view Dr. Marc Gafni’s other books here.>>>