Achieving Authentic Certainty in the Divine 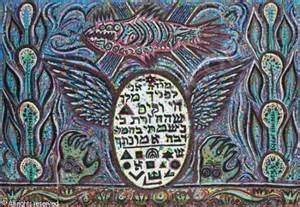 And so… we continue our discussion on Certainty and Uncertainty. Why? As human beings, we can never achieve a sense of fulfillment until the essential uncertainty within our Being is satisfactorily resolved. Our embodied sense of Certainty, or our entrapment in Uncertainty, is the prism through which all of our life experiences are filtered, and for me personally, is the very foundation of my life and practice.

The book is organized around a recension…a re-reading…of two major biblical stories, that of Leah and the birth of her fourth son Judah, and the story of Jacob who is renamed Israel.

I understand these stories as expressing two typologies which we will term the Israel Moment and the Judah Moment. We dove into the Judah Moment of Certainty on the post of Feb 21.

I want to sketch for you in several brushstrokes the basic outline of these two volumes. Unavoidably I will touch- in a different way- the ideas we have discussed in this introduction. I hope however that the new formulation will help you deeply internalize these critical ideas as well as give you a bit of a book map to help you navigate.

The basic move in the first half of the book is to relocate the space of core certainty – to redefine the religious understanding of faith and certainty as being faith in the divinity of myself. Faith means faith in myself. Faith means that I am valuable enough to be loved by God. This is not grace. It is not the idea that God loves me even though I am not worthwhile. On the contrary, God loves me because I am valuable, because I am worthwhile. The moment of core certainty we term the Judah moment.

How is this core certainty of being attained?

The first book discusses seven essential paths, each with many byways and detours…They are the paths of:

The understanding of certainty in book one, as faith in my own worth, and not as the absence of all doubt, allows me in book two to reclaim uncertainty not just as a reality that we must face, but as a religious and spiritual value.

I find through personal experience, which I later root in text, that uncertainty is valuable for three reasons:

1) Only by holding uncertainty can I reach the higher certainty and vision that is mine.

2) Through the holding of uncertainty we avoid the seduction of false certainty. False certainty in my reading of life and texts is the ultimate source of evil in the world. False dogma, be it religious, national, spiritual or secular, is the ground out of which the dynamic of human evil always grows.

I acknowledge that life, the world, and even God’s works are mysterious and uncertain. Through uncovering previously ignored writers of Kabbalah and reinterpreting the classics to reveal an entire genre of Biblical ‘maybe stories’, I move to reclaim uncertainty as the only road to full authenticity. The claim cited above – that the absence of the word Safek in biblical Hebrew implying that the experience of uncertainty was foreign to the people of the bible – though well intentioned enough by the author, struck me as totally wrong. And yet it is true – the word Safek does not appear in the Bible.

But Eureka! Although this word for uncertainty (safek) does not appear in the Bible, the word ‘maybe’ (Ullai) appears time and time again in key passages in the bible, particularly in the book of Genesis. The literary core of Volume Two is the uncovering of a new biblical genre- the maybe stories, which champion the spirituality of uncertainty.

As in Volume One, I constantly move between the Biblical text and the living text of anecdotes, stories and images which make up my personal life. The major character in the maybe stories is Jacob son of Isaac whose name changes later in life to Israel. The moment of uncertainty I term the Israel Moment.
The dialectic between Judah and Israel, rooted in the biblical text is the inner dance of spiritual life.

Both midrashic and mystical tradition teach that each character in the bible symbolizes and personifies a particular dimension of human experience. Abraham for example is taken to personify overflowing love while Isaac is the symbol of heroic restraint and boundaries. The major personalities in the bible are understood as typological archetypes each expressing the spirituality of a different human existential moment.

It is emerging out of this tradition that I suggest that the certainty moment is expressed by Judah, the fourth son of Jacob, while the struggle with uncertainty is personified by Jacob himself. Furthermore it is surely more than a literary-historical curiosity that these same two moments are prominent in the contemporary struggle to define spiritual identity.
The tension between the seemingly contradictory spiritual sensibilities of the self defined Jew and Israeli form the crux of modern spiritual discourse. The dissonance between Jew (Yehuda Moment) and Israeli (Israel Moment) which developed in the personal preface far from local issues of concern to a narrow group of people. The People of the Book in the text of their history are once again playing out a drama of overarching concern to the spiritual progress of humankind.

Our next post will continue with an exploration of the origin of the daily prayer of Certainty, Modeh ani lafanecha. Careful investigation will show that this expression of certainty does not emerge from a moment of easy faith, of happy embrace. On the contrary, this prayer is the liturgical encapsulation of a fragile moment of certainty that is hard won, emerging from confusion and distortion: a moment whose power is far-reaching, tragically fleeting and yet ultimately transforming. We will see that rather than a quiet statement of the obvious; this core certainty prayer reverberates with the pain and struggle necessary for transcendence.