This is an excerpt from the book A Return to Eros by Dr. Marc Gafni and Dr. Kristina Kincaid. Here you can read Part 1 and Part 2 of the Series. 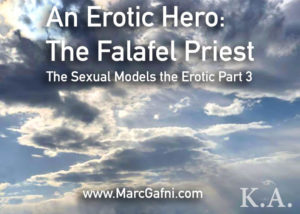 Once–and I will never forget it–I unexpectedly stepped into the Holy of Holies at a falafel stand. We were returning from visiting my sons Eitan and Yair in summer camp near the town of Hadera in Israel. As we were leaving, my partner spotted a falafel stand. Now, falafel is a fried Middle Eastern food that I am less than fond of, and I hadn’t eaten one in years. But she insisted, so I went along. Surprisingly, though, as we stepped up to the simple falafel shack, there was something about the shopkeeper that made me want to order a falafel.

I took one bite of the falafel, and I swear to you, it must have been made in the Garden of Eden. I looked up and I was bathed in pure love. The shopkeeper beamed at my pleasure. When we went to pay, he asked for six shekels. My jaw dropped–everyone knows a falafel costs at least fifteen shekels. And his was so unbelievably good. How could he only take six shekels? So I asked him. To which he responded gently, “Because that’s what I need.” That, my sweetest and most wonderful friends, is Eros pure and simple.

To be erotically engaged at work requires only that you fully enter the inside of whatever you might be doing. When you do–whatever your work may be–worlds open up, opportunity knocks at your door, the angels sing, and you are filled with joy. So full are you with joy that the delight has no choice but to spill over–into your fried falafel, into the person who stands before you, into the very earth at your feet. Joy joins joy, the earth brims with a new peace. This man did not leave Eros in his bedroom; he brought it with him to work every day. Somehow, with this, he made his falafel stand a Holy of Holies.

Freud, of course, would have relegated both Jacob and the falafel king to his couch in no time. Freud’s understandings, which have so colored our own unconscious view of the world, are the precise opposite of the Secret of the Cherubs. For Freud, everything is a metaphor for sex. For the Kabbalists, sex is a metaphor for everything. Freud was interested in reduction, in bringing everything down. He lived in an era that was still in rebellion against seventeen hundred years of church domination that had crippled science, freedom, and beauty. As a result, like most of the intelligentsia of his age, Freud automatically rejected spirit as a serious force. So Freud reduced everything in the world to sex.

Similarly, Kinsey, the great sex researcher who, in documenting the sexual habits of Americans, took much of sexuality out of the closet, nevertheless radically split sex from Eros. Admittedly, he did so with much less sophistication than Freud. For him, sex was a simple and happy affair not much different than the mating of animals he had observed in his zoological training. Yet, while for Kinsey sex remains a bland, zoological kind of function, and for Freud a more dark and deterministic kind of force, for both of them the sexual remains uninspired and unerotic. Both Kinsey’s and Freud’s views ignore the soul of sex. To split sex from Eros so dramatically is to exile the Shechinah. Both of these thinkers are seminal expressions of our society’s disenchantment. 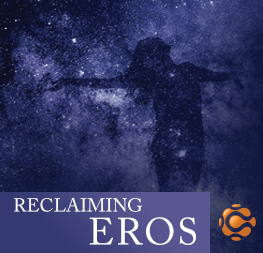 Imagine being fully expressed with an unstoppable life force that aligned you with the will, the desire, the knowledge and the creative impulse to engage ALL areas of your life full-on; without fear or shame stopping you from moving forward. Imagine the transformative power and positive impact you’d have on your personal relationships and potentially be a major influence in the world.

This is the ideal companion to our think tank book A Return to Eros by Dr. Marc Gafni and Dr. Kristina Kincaid.