This is an excerpt from the book A Return to Eros by Dr. Marc Gafni and Dr. Kristina Kincaid. Here you can read Part 1, Part 2, Part 3, and Part 4 of the Series. 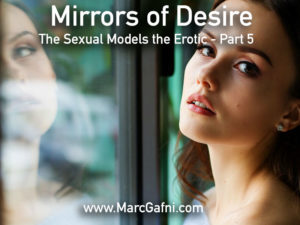 A divine voice intervenes: “Moses, these mirrors you would reject–take them and build the tabernacle with them.”

A young man walks in on Master Baruch and his wife in the midst of a heated argument. Startled, he quickly turns away. Baruch responds with a wink. “You don’t understand. You have just witnessed a discussion between God and the Shechinah.”

The texts intentionally blur the lines on this issue, for the point is that human beings and God actually share the same bed. That is to say, the cherubs are the symbol of the great marriage between the divine masculine and the divine feminine. Between Shiva and Shakti in Hindu lore, between Kudshah Brik Hu and Shechinah in the Kabbalistic storehouse of symbolism. Kudshah Brik Hu is the masculine divine energy and Shechinah the feminine divine energy. When the Shechinah dwells “between the cherubs,” the divine masculine and feminine meet in erotic union. But here is the major new teaching of the mystics. That union is not only modeled by but is actually initiated by human sexual merging.

The Zohar weaves this esoteric teaching into a seemingly innocent passage. The original quotation is so striking that I decided to leave it virtually intact. Read it slowly, almost as a Tantric meditation.

As long as he is on the way, he needs to be mindful of his path in order that the higher union, the Shechinah, not part from him. Even when he is not in sexual union . . . this higher union does not leave. When he arrives home, he should rejoice [be sexual] with his partner . . . for she is the one through whom he accessed the higher union with the Shechinah.

This passage, part of the cherub mystery tradition, makes the merging with the Shechinah dependent on sexual union. Clearly, then, they are not the same thing. The goal is “higher union with the Shechinah.” The higher union takes place when one has been able to move beyond the bedroom to transpose the sexual to that person’s broader world–to greet the Divine at every doorstep, every crossroad, in every sparrow along the way. When the traveler returns, he is instructed to make love with his partner again in order to recast his life once more in the model of the sexual. In this way, sex leads him to the Shechinah. 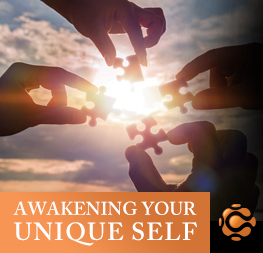